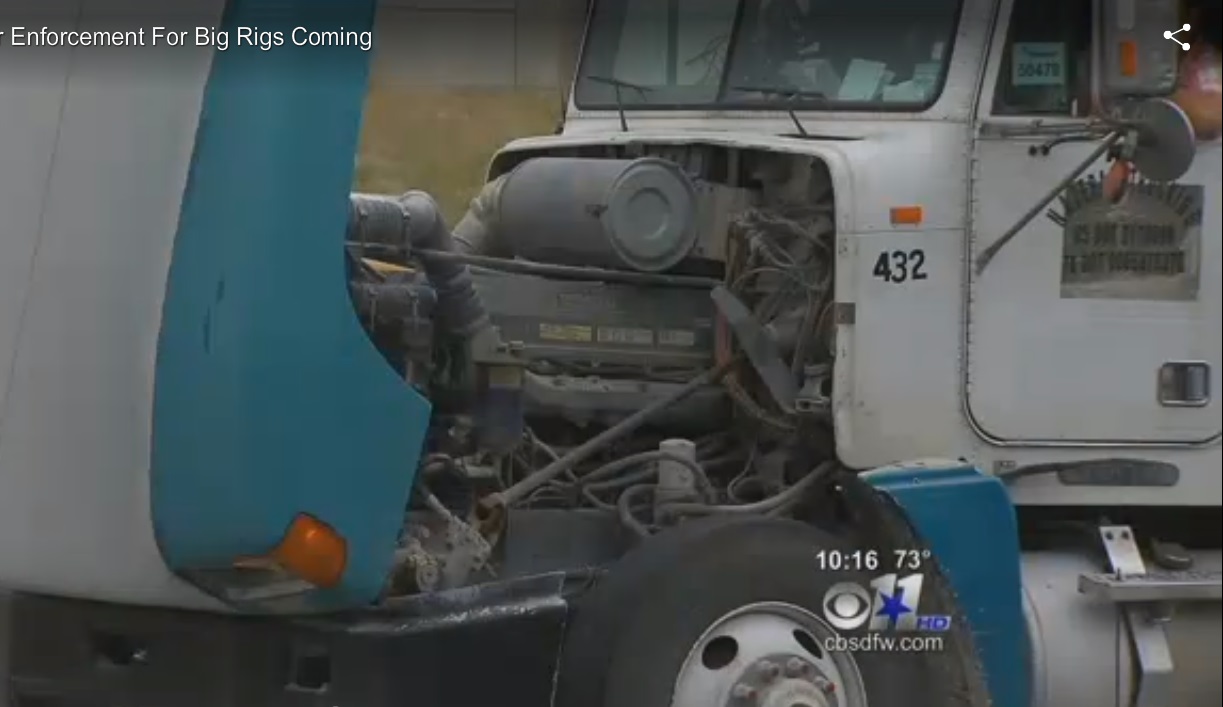 Despite a local crackdown on tractor trailers regulations, just this past March, a Lares Trucking semi tractor trailer transporting an unpermitted over-height load on Interstate-35 near south Fort Worth caused the death of a southbound pickup truck driver. The driver of the eighteen-wheeler, who was himself unharmed, failed to comply with signs indicating the maximum load height for a local bridge that was then under construction, and  was traveling at a high speed when the load secured to the trailer struck the bottom portion of the bridge. While such an impact would be unlikely to cause any damage to a completed bridge, in the bridges state of partial construction, the impact was sufficient to knock loose several beams on the west side of the bridge. While there were no significant injuries on the east side of the bridge, Irving resident Clark Davis was killed traveling south when one of the beams crushed much of his vehicle. Furthermore, preliminary investigations show that Lares Trucking failed to obtain proper permitting for the load.

Since its initial construction in the 70s, the Interstate Highway System–and the trucks that use it– have served as our nation’s circulatory system: crucial to its health, sustenance, and defense. If not for the elaborate system of shipping developed over that time span, local supplies of food, medicine, and even chemicals for water treatment would run dry in a matter of weeks at most. This system is at most times miraculous, and results in fresh peaches from California and potatoes from Idaho on a dining table.

Unfortunately, as is often the case, while the invisible hand of the free market pushes costs ever lower, it can come at a price. Truckers are frequently over-trained, under-trained and poor equipped for their regular interstate travel. While truckers in the European Union, Australia and New Zealand are restricted to 4-5 hours of uninterrupted travel,  the Federal Motor Carrier Safety Administration allows American truckers to drive for up to 8 hours without a break. Even then, the mandated breaks in most other countries are between 45 minutes to an hour, while truckers in America are only restricted to 30 minute breaks after eight hours of driving, after which they may drive an additional 3 hours before taking any additional breaks. Furthermore, the numerous exceptions to even these generous guidelines result in truck drivers regularly operating much closer to their limits.  Even barring these cases, it is common knowledge that truckers are often pushed to bend or break these regulations by unrealistic deadlines or unforeseen circumstances such as minor accidents, illness or poor weather. Truckers are most often compensated not hourly or yearly, but by the number of miles traveled or deliveries made; such delays thus directly affect the driver’s already modest income. Due at least in part to these working conditions, the truck driver turnover rate is extremely high. In fact, the yearly turnover rate for long-haul truckers is often in excess of 100% due to the demands placed on the drivers.

While there is little to indicate that there will be any additional regulations on a national level,  cities like Fort Worth and Dallas are cracking down on trucking violations on a local level. In 2013, in cooperation with police departments from nearby suburbs, the Fort Worth Police Department increased eighteen-wheeler inspections by over over a third. Funded in part by a recent federal grant, officers from FWPD’s Commercial Vehicle Enforcement Division inspected semi-tractor trailer airbrakes, wheel hubs, tire tread, and frame integrity in addition to providing educational material to truckers and regular motorists a like. While these smaller scale efforts are admirable, they are relatively inefficient, and do little to curb the dangers posed by long-haul trucks and their drivers–the very same drivers who are most likely succumb to sleep deprivation and inattention. 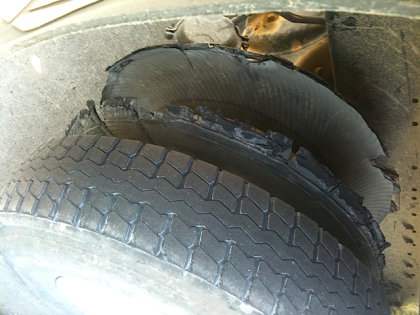 It is thus no surprise that truck accidents continue relatively unabated. Even if the vehicles are modern and well-maintained and the drivers perfectly trained and alert, simple physics dictates that they are much more likely to be involved in severe accidents more frequently. Even with the most sophisticated braking and suspension systems available, the braking performance and general maneuverability of any vehicle carrying a 45,000 pound steel coil or 15 ton tractor will be marginal at best. Furthermore, the pure energy inherent to the vehicles can cause guardrails and barriers to fail. For example, just a little over a month ago, Irving firefighters responded to a minor late night incident off Tx-183 near Euless involving a single vehicle accident. As is standard practice, the firefighters positioned their fire engine to protect the scene of the accident as well as other first responders from further collision. As fire trucks are relatively massive vehicles themselves, such practice is generally more than sufficient protection from any additional collisions, but Ilian Lalev, a veteran trucker driving a full size 18-wheeler, careened into the fire engine at 4:35 am. The three firefighters in the vehicle were ejected from the engine, fortunately with minimal injury. While the firetruck itself was rolled off the highway by the impact, the semi-trailer truck was also deflected away from the scene of the accident. The driver of the eighteen-wheeler was pronounced dead at the scene. Shortly after this second collision, a another driver hit one of the patrol cars positioned to block off scene. The driver has since been charged with a DUI.

Unfortunately, most drivers and passengers do not have several tons of additional crumple zone to absorb the energy of such impacts. This past April, these risks was tragically realized by over a dozen victims in a multi-car accident. At 2:30 am, on I30 near Beach Street in East Fort Worth, a vehicle was involved in a minor accident. Immediately after, several vehicles stopped to help the initial victim. As the vehicle was only partly clear of the highway, at least one of of the good Samaritan’s vehicle’s were also stopped in the adjacent lane. Shortly thereafter, a semi-trailer truck crashed into the scene of the accident, killing five and injuring an additional twelve. Witness reports and physical evidence indicated that the trucker attempted to brake well before the impact, but could not slow enough to avoid the collision.

To protect your claim against a negligent party, it is important to speak to an experienced attorney as soon as possible. Our attorneys will answer any questions you have, and quickly begin documenting the injuries and damages sustained in the accident. Timing is important. The earlier legal representation is retained, the better the chances of properly documenting and protecting the claim.