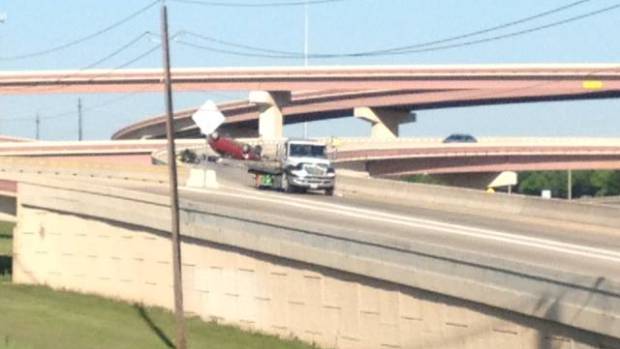 On April  26 2015, a fatal accident occurred on the southbound ramp of the Dallas North Tollway at the President George Bush Turnpike at approximately 5 AM.

According to the Dallas Police Department,  a Nissan Sentra crashed causing the vehicle to turn upside down on the roadway on the southbound exit ramp.  Two motorcyclists who were traveling behind the Nissan Sentra when they were unable to avoid the collision with the disabled vehicle and crashed into the Sentra.

This kind of accident requires an experienced attorney to investigate the many complex issues and details of an automobile accident.  The first determination would be as to the cause of the Nissan Sentra crashing on the roadway which could include anything from driver fatigue, intoxication, motor vehicle equipment failure or another vehicle that fled the scene of the accident.   In addition, the motorcyclists that crashed into the Sentra have a duty to maintain a proper lookout regarding accidents in the roadway .  The amount of time that passes from the time that the Nissan Sentra was disabled in the roadway and the time of the impact by the motorcycles  is crucial to determine whether the motorcyclists share any liability regarding this accident.

This is why so important for a victim of a foreseeable and preventable accident to seek the advice of an experienced Board Certified attorney as soon as possible.  The Eric Reyes Law Firm is available for appointments in their Oak Cliff, Dallas Texas office.