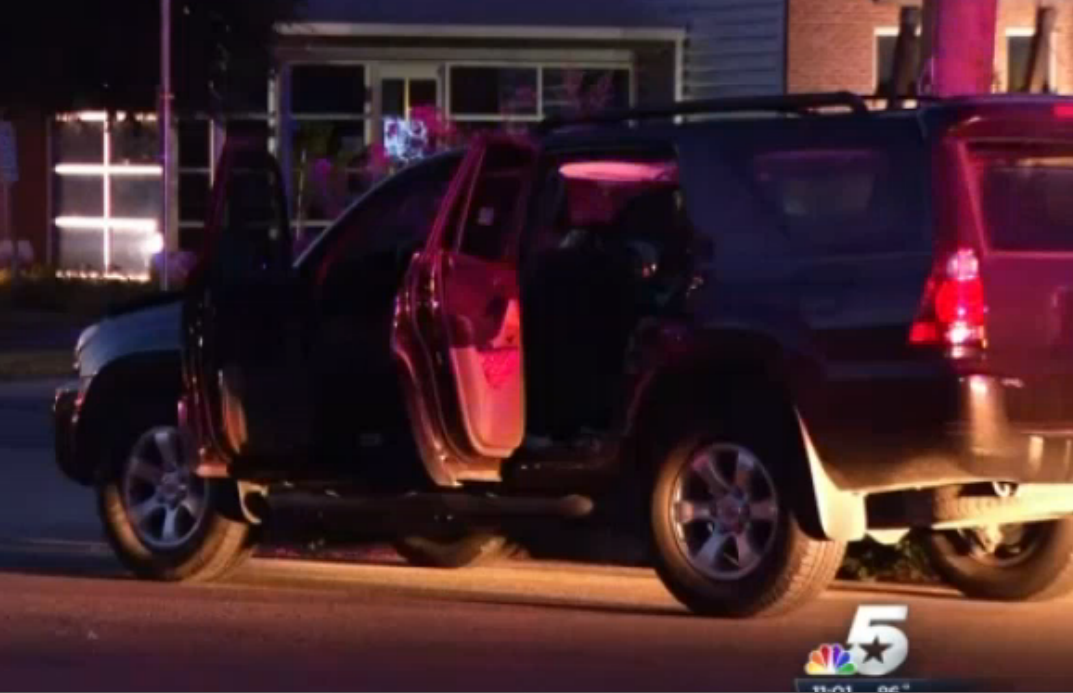 In yet another tragic reminder of the dangers at hand for cyclists and pedestrians, a Haltom City cyclist was struck and killed by a motorist driving a large sports utility vehicle off of East Belknap Street this past week. According to the witness who called 911, the accident occurred shortly after 4 a.m. The witness further told law enforcement that driver stopped briefly after striking the cyclist and may have even got out of the vehicle, but drove off shortly after. A vehicle matching the description given by the witness was found little more than a mile from where the incident occurred, near the junction of Texas 183 and U.S. 377. The driver fled on foot, but was arrested thereafter, and has since been charged with intoxication manslaughter. While police initially refused to identify both the driver and cyclist, they subsequently identified the suspect as the 21 year old Euless resident  McKenzie Thomas. Law enforcement has yet to identify the cyclist. The physical evidence and witness statements against are bolstered by surveillance video from a nearby business that appears to show Thomas’ vehicle shortly after the accident, with at least a portion of the mangled bicycle still stuck to the front end of the car.

The still unidentified cyclist is far from alone; well over 600 cyclists are killed in similar incidents yearly. Furthermore, between 40,000-45,000 cyclists are injured in car-bicycle accidents and as few as 10% of the are reported to local law enforcement. In particular, hit-and-run incidents may likely be underreported due to the seeming futility of search for the driver. As the case presented above shows, however, the combination of witness testimony, physical evidence and video surveillance is more than sufficient in assisting the apprehension of the motorist the great majority of the time.  Follow these three rules to ensure that your case is fully documented and that all evidence is preserved.

In Texas, like most places, fleeing a motor vehicle accident that resulted in injury or death is a serious crime, and will result in the dedication of significant police resources to your case.

Seeking medical attention must be another priority for those involved. Just like in other personal injury cases, getting proper and complete documentation of any injuries from the incident is absolutely crucial for your health, as well as the health of your case.

While law enforcement may be able to collect physical and video evidence for sometime after the incident, finding witnesses may be difficult after the fact. Even if the witness can only confirm a portion of your case, such as your heading or the vehicle’s speed, their testimony may be invaluable at a later date. Be sure to get the full names and contact information from all potential witnesses.

To protect your claim against a negligent party, it is important to speak to an experienced attorney as soon as possible. Our attorneys will answer any questions you have, and quickly begin documenting the injuries and damages sustained in the accident. Timing is important. The earlier legal representation is retained, the better the chances of properly documenting and protecting the claim.