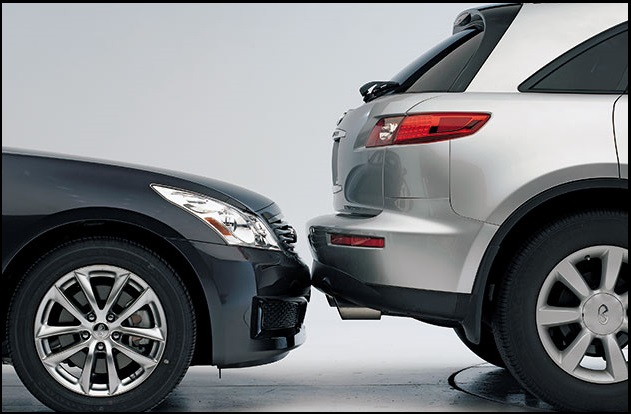 “How can I be injured if my car bumper only seems to have some cosmetic damage? “

“My airbag didn’t deploy, so that must mean that the accident wasn’t serious enough to get really hurt, right?”

“My car doesn’t look very damaged, doesn’t that mean that a judge or jury won’t believe that I was actually hurt in the accident?”

After a car accident, questions like these can run through the minds of the victims. After all, the other driver may seem entirely unaffected by the incident, and may likely be pressuring the victims to accept a cash payment for the damages to their vehicle or to simply handle reparations in the future. Despite any temptation otherwise, however, it is important that you call the police and proceed to handle the accident as if it were just as severe as any other–since it very well might.

Visible Damage Does Not Tell The Whole Story

Auto manufacturers have made truly impressive improvements in car safety and crash testing over the course of the last couple decades. Thanks to these advances, modern vehicles are less likely to crash, and accidents are much less likely to be fatal when the do occur. This increase in passenger survivability is due in no small part to the advances in crash testing and the development of the “crumple zone,” which is a portion of the vehicles frame that is deformed upon impact.

While these zones or variants thereof are featured on essentially all cars made in the last two to three decades, by in large these features are not designed to absorb the impact of collisions at low speeds; in order to deform in a controlled manner in high speed collisions, the crumple zones maintains much of, if not all, of their integrity at lower speeds. Because of this, in low speed collisions force may be transmitted relatively unmitigated to the passengers inside the vehicle, while still leaving the vehicle itself visually unaffected.

While the clean impacts seen in IIHS crash testing may lead the viewer to think that the structures of vehicles are likely to react predictably in collisions, such is not often the case in the real world. Due to the enormous number of constantly changing variables involved, accidents that result in injury of the victim can leave one or even both cars relatively undamaged, at least visually. The varying speeds, angles and accelerations can cause wildly different results, even in seemingly similar cases.

Furthermore, the designs of modern cars simply do not lend themselves to visual exterior inspections. The placement of sheet metal, aluminum plating and plastic cladding of the exterior of vehicles often has little direct relation that of the structural bracing that actually offers resistance in a collision. From this, we can see why even at high speed accident, external damage is not a good indicator of the forces involved. Take, for example, the following side crash tests of the Acura MDX –a midsize SUV– and the Smart ForTwo–a compact city car, far more comfortable parallel parking in downtown Dallas than crash testing of any sort.

Due to the structure of the Smart car–specifically the closeness of the A and B pillars–it appears that the exterior of the Smart ForTwo is noticeably less damaged than the Acura SUV.  This is, of course, in no way indicative of the actual damage to the structures, and, more importantly, to the passengers themselves. Even if the airbags, seat belts, and other safety features prevented violent contact between the passenger and the steering column or either vehicle’s frame, the rapid acceleration alone can cause significant damage vulnerable part of the body like the spine and neck (Movell, Galasko).

Again, all of these statements hold true, even at much lower speeds. Conservative estimates for the minimum speed necessary to cause injuries such as whiplash range from 5 to 12 MPH. Even at the upper end of that range and beyond, airbags do not regularly deploy and damage to vehicles is often not readily apparent.

Do You Have a Case? Call Our Firm and Find Out

Regardless of what you may have been told by others involved in the accident, insurance representatives or even your friends or family, you may have a case. In order to determine how you should proceed, it is important that you consult an experienced lawyer as soon as possible.   We can answer any questions you have, and immediately begin documenting the injuries and damages sustained in the accident.  Do not delay. The sooner you retain legal representation, the better your chances of completely and accurately documenting your claim, and protecting its value.

If you have any questions regarding what your rights are if you are involved in a motor vehicle or any other accident,  please call my Bedford Office located at 312 Harwood Rd, telephone number (817) 332-1522.