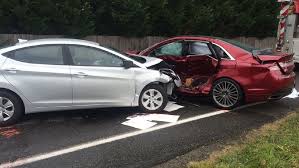 The National Transportation Highway Safety Administration has done research consisting of side impact collisions also most commonly known as T-bone collisions. They concluded about 13% of collisions in the United States involve a T-bone collision. Out of the 13%, 8,000 people are killed annually. These types of collisions are deadly because of the impact it has on the passengers. Since children sit in the back seat of a car, T-bone crashes are the deadliest for them.

What are T-bone accidents and why are they so dangerous?

T-bone accidents involve a car being hit on one side of the car by the front end of another vehicle. T-bone accidents are so deadly because depending on the force of the impact, it could lead the vehicle to collide with other vehicles or surrounding objects. If further collisions occur, it increases the likelihood of the passengers suffering sever injuries. For example, the Dallas Morning News reported a collision that happened late this July. The crash happened a half hour past midnight on Interstate 35. The deceased person’s vehicle struck a wall and was disabled. Another vehicle going northbound on the highway t-boned her car, which ejected the lady into a lane of traffic. She was pronounced dead at the scene.

It is not always certain who the at-fault driver is, sometimes it’s dependent on where the accident happened to determine if there are multiple negligent drivers or just the one driver who caused the T-bone accident. For example, some T-bone accidents involve four-way stops. If the lights are temporarily not working, it is up to the drivers to utilize the right-of-way method to get across the intersection. Some drivers may have not payed close attention to who has the right-of-way; thus, two cars proceed to move forward causing a collision. Other situations involve traffic stop lights. Some drivers think they can speed cross the intersection before a red light appears. Although some drivers are lucky enough to cross over in time, others are not so fortunate. Those drivers increase their chances of getting hit by a car who does have the right-of-way when signified by a green light.

Like all other accidents, T-bone collisions can be preventable if the driver takes precautionary measures as they drive through intersections or four-way stop signs. Some of those measures include the following:

3. Yield. When two cars approach an intersection at the same time. The car on the left will yield to the car on the right. If both are unaware of that method, then one driver can signify to the other driver to proceed through the intersection first.

Compensation for a T-bone accident will depend on the facts of the case along with other factors that will determine the value of the case; thus, it is crucial to contact a skilled attorney like Eric Reyes to represent you. Eric Reyes has been a practicing attorney in the area of personal injury for 30 years. Throughout his time focusing on personal injury law, he has met the requirements to be a Board Certified Attorney in Personal Injury Trial Law and Civil Law. His knowledge of personal injury can help you determine the best way to resolve your matter. Please give our office a call at (817) 332-1522 for further information.