A lawsuit was filed on November 14, 2013 in Galveston District Court by bicyclist Jennifer Gorberg against automobile driver Jade Puckett for broken bones suffered in an accident with a motor vehicle driver. 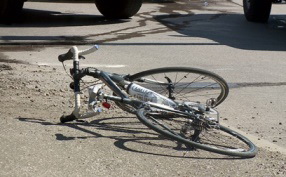 In her pleadings, Plaintiff Gorberg alleges that Defendant Puckett was negligent for:

According to Texas Transportation Code, Title 7, Subtitle C, §551.101, bicyclists have the same rights and duties of other vehicle operators:

(a) A person operating a bicycle has the rights and duties applicable to a driver operating a vehicle under this subtitle, unless:

(1) a provision of this chapter alters a right or duty; or

(2) a right or duty applicable to a driver operating a vehicle cannot by its nature apply to a person operating a bicycle.

Plaintiff Gorberg suffered serious injuries from the impact with Defendant’s vehicle requiring surgery and she is asking for unspecified monetary damages from Defendant driver.

The Reyes Law Firm represents bicyclists who have been injured as a result of another’s negligence.  Our office has successfully negotiated and litigated a wide variety of claims involving bicyclists:

Eric Reyes has been cycling himself for over 20 years and has personal experience relating to cycling hazards which can result in injury.  The Reyes Law Firm will fight for you when you have been injured through the negligence of others.