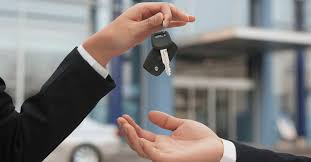 What is negligent entrustment of a vehicle?

Negligent entrustment of a vehicle occurs when an owner of the car allows another individual to use it and the individual causes harm to a 3rd party. This type of arrangement happens quite often especially among family members, friends and companies. For example, a company may let some of their employees use a company car to drive for a period of time. This example is considered negligent entrustment because the employer is the party that is entrusting their employee with the car. For the harmed party to pursue this type of action, the plaintiff will have to prove several elements, such as:

To further the example above, the employer knew that the employee he was entrusting the car to enjoyed driving the cars at a fast speed. The driver had a poor driving record to prove it, but the employer gave him permission to drive the car anyways. Later on that evening, as expected, the driver drove 20 mph over the speed limit as he was driving down a country road. As a result of his speeding, he did not see the stop sign ahead and continued down the road. The 3rd party that was at the stop proceeded to move through the intersection. Before reaching the other side of the intersection, the employee T-boned the 3rd parties’ vehicle causing the 3rd party to suffer several injuries.

If the 3rd party in this example wished to begin a negligence action against the employer, one of the things the 3rd party would need to show is many prior bad acts that the driver is reckless on the road. The 3rd party can provide evidence of prior accidents, citations, records of driving history and habits.

Other examples of negligent entrustment involve an owner of the car giving the car to his friend who he knows does not have a valid driver’s license or an individual giving his car to a minor who does not know how to properly maneuver an automatic car. These two scenarios fit in the sphere of negligent entrustment, but the remaining facts and evidence of the case will determine the successfulness of the case.

What can a plaintiff get if this action is pursued?

Depending on the value of the case, a plaintiff can fight for the same type of damages used in a general negligence action, such as recovering damages for medical expenses due to the accident.

With these types of situations, a plaintiff may not know what claims they pursue against a negligent driver, that is why it is important to bring the case to an experienced attorney. During a consultation, the attorney may discover facts that are relevant for this type of action. Eric Reyes is an experienced attorney in this area of practice. As a Board Certified attorney in Civil Law and Personal Injury Trial Law and with 30+ years of experience, he is aware of the many arguments opposing counsel can argue against a motorcycle rider. He and his litigation team are well-equipped to handle a difficult motorcycle accident lawsuit. If you or a loved one experienced this type of accident, please give our office a call at (817) 332-1522.