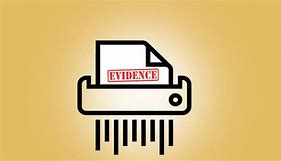 What can I do if I have a case where the other party did not preserve evidence?

The legal definition of this type of situation is called “spoliation of evidence”. This means that a party in a case destroyed or did not properly preserve evidence. A party may have done this because they knew that the evidence would not be in their favor. For example, a minor child suffered a severe ankle injury at a trampoline park. Since the trampoline park knew or could have anticipated that there would be a lawsuit filed against them, the managers of the facility may have destroyed or failed to properly care for relevant evidence, such as videotapes, program files, data files, emails or images.
In Texas Courts, a person cannot bring a tort claim solely based on this conduct. However, Texas cases have addressed how spoliation can be dealt with and the accessible remedies the injured party can pursue. To have access to those remedies, the trial court must determine if the alleged spoliator breached their duty to preserve the evidence. The key case that set the foundation for this approach is Brookshire Brothers v. Aldridge. This case involved a slip and fall scenario at a grocery store. The plaintiff claimed that the store did not preserve certain parts of the videotape that showed what happened after the fall. The Court ruled that there is a two-part test to prove spoliation of evidence.
First, the plaintiff must show that the non-producing party had a duty to preserve evidence material to the case. In the Wal-Mart Stores, Inc. v. Johnson, the Court found that the standard for this duty is when a party knows or reasonably should know that there is a substantial chance that a lawsuit will be brought against them and that the evidence in its possession will be relevant to the lawsuit.
Second, the plaintiff must show that the alleged spoliator breached its duty by failing to reasonably care for evidence material to the case and they did so either intentionally or negligently. For example, using the trampoline scenario, a party may have failed to properly care for videotapes or files by not having a system in place to secure those materials.
The Supreme Court in Aldridge has stated that this is one of the most difficult sanctions a court can impose on a party. Since there is so much complexity with handling an issue like this, it is important to hire a law firm like the Reyes Law Firm to help you resolve a matter like this or notify the defendants to preserve evidence that may be useful for your lawsuit.